The Guests' Terror of Encroaching Lightning

This is a Thunder Raid so bringing your Wind team is highly suggested.

Normal overdrive - AoE damage with a 3 turn Blind and Self Dodge Up (Which means that your girls will have a slightly harder time hitting her, unless you dispel it)

Rage overdrive - AoE damage with a 4 turn Zombie and 10% Regen for 2 turns on your party. This means that because of the zombie you will get hurt for 2 additional turns by 10% each turn (Max 1000 HP).

Special Attack - During Rage phase only, if anyone is afflicted with Zombie (Unsure if this is your party only, or all attackers. I’m leaning towards your party only) she will do a Random 5 hit attack with High Damage.

You’ll want to avoid the raging burst as best you can. If you can’t avoid it, then Behemoth or some other affliction blocking/removing Kami will be very helpful in keeping that Zombie affliction off of you. The Normal Burst will be quite annoying because of the Blind and her Dodge causing you to hit much less. As usual the suggestion would be to push up her rage bar and save Burst and Abilities (if needed) to get her to stun before burst. Or, you could also take the rage burst and get her to stun before she has another chance to attack and do the massive 5 hit attack, but you will take 20% damage plus the AoE if you do this.

SSR Eidolon – Tartarus - This Eido has 40% Elemental Damage bonus with a Double Attack Rate up (Thunder Version of Tiamat Passive). Her active ability is Dodge Rate up for team. She’s decently strong with 594 HP and 1950 Atk. With +99 she would be just under 3k total power.

SSR Thunder Arcane - This weapon is decently strong at 132 HP and 2160 Atk. It’s skills are Assault+ and Rush+. If you still have any SRs on your Thunder weapon Grid, I would suggest replacing them with this. If you already have full SSR Thunder Grid, then this will probably not fit in very well and will most likely be fodder.

SR Fire Glaive - This weapon is StingerM skill and has strong atk stats. 48 HP 1842 ATK. The problem with Stinger, is that it only works vs weak element. I would not suggest adding this to your grid and think it is best used as fodder. This is also the release weapon for the event SR.

SR Thunder Staff - This weapon is weak and has Exceed+ which increases burst damage and burst cap. I think that this is best used as fodder.

SR Thunder Lance - This weapon is Atk+ skill and has decent stats. 66 HP 1752 ATK. If you still need Atk weapons for your Thunder Grid, consider adding this one.

I find it easiest to do the Expert and Ragnarok missions during Burst hour, also there is no mention of not using Elixirs. 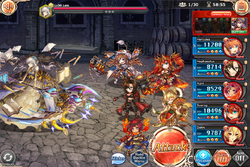 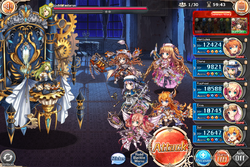 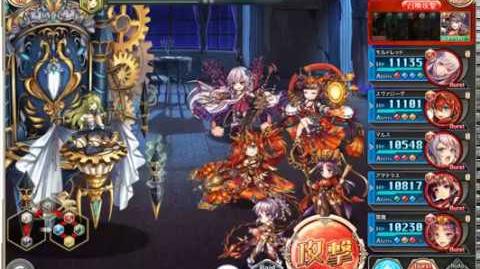